TM Italia is the company that produces the first kitchen to apply Azerocare, the innovative stain-resistant surface treatment for marbles and stone developed by Antolini, a company of international excellence in the selection of marbles and precious stones. 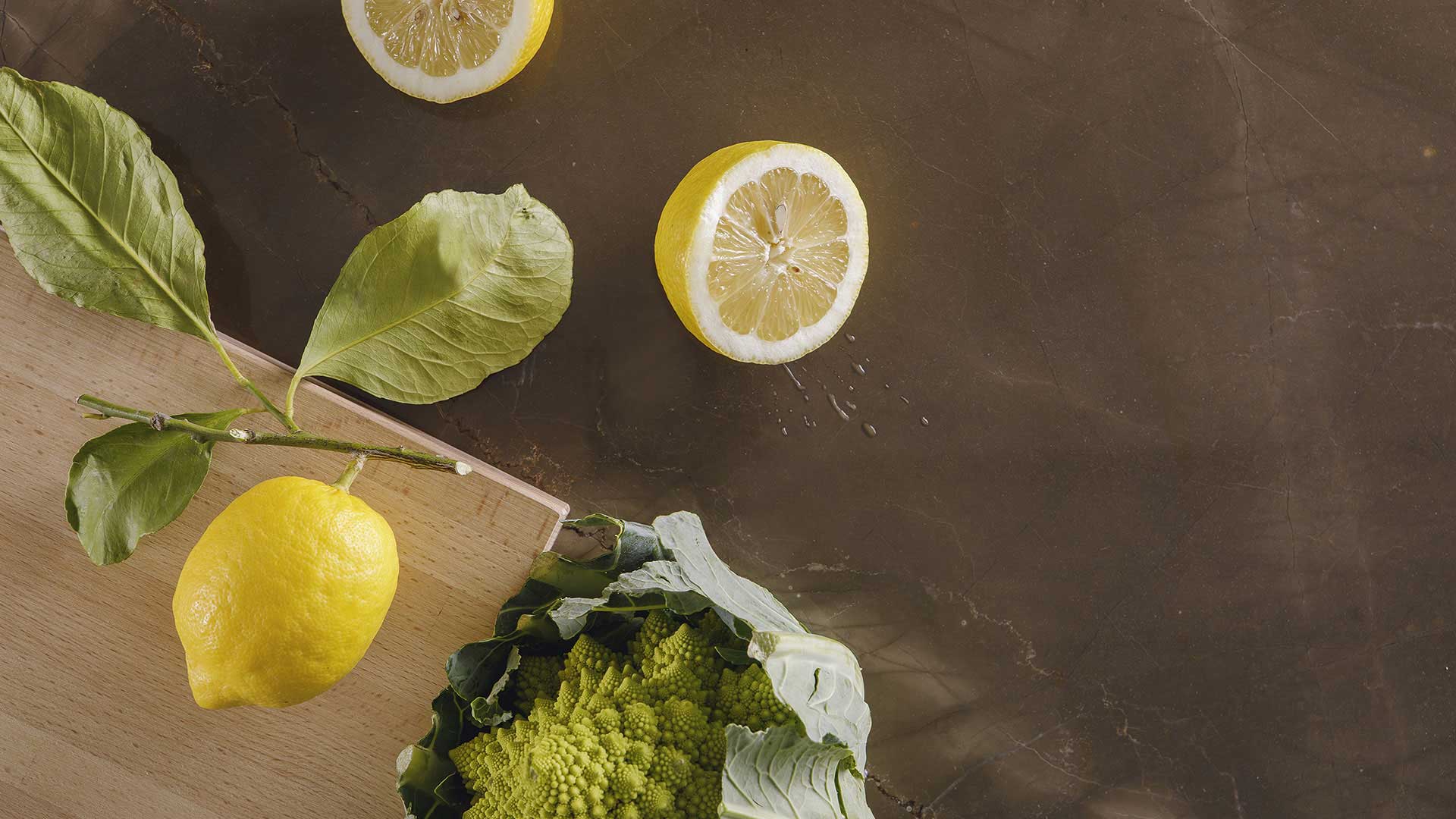 Antolini’s innovation thus meets TM Italia’s home automation technology and sophisticated techniques. The project, which has been developed through collaboration between the technical departments, involves the application of a horizontal electrified sliding top which, using a remote control (or smartphonemanaged app) allows the essential material monolith to be turned into a functional workspace.
The whole structure is made from wood and aluminium.

The prestigious Bronze Amani stone, enhanced with the innovative Azerocare treatment, has been specifically coupled with an aluminium honeycomb core — aeronautical technology that combines lightness and structural strength. The large monolith has been developed in accordance with the T45 EVO concept, in which precise 45° joints between the surfaces enable the tops to disappear into the structure.

The show kitchen, specifically designed to show the reliability of the Azerocare treatment, will make its debut at the Coverings 2017 trade fair in Orlando, Florida. 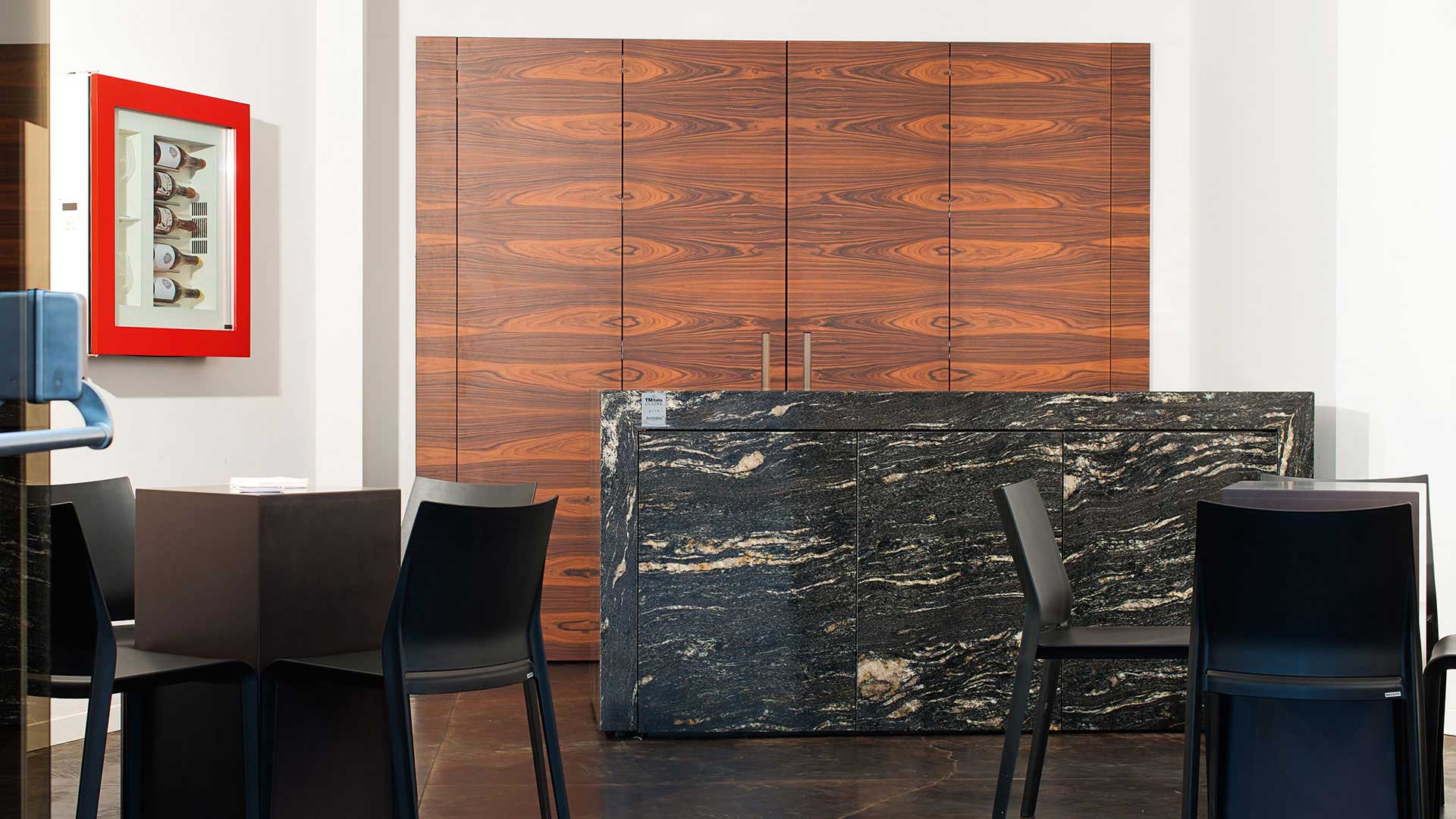 It is a union between refined materials and robust technology, of which Antolini and TM Italia were already made protagonists during Expo 2015 in Milan.

In fact, a similar kitchen was used for six months in the “Love IT” space beneath the domes of the Tagliabue studio, situated between the Tree of Life, the Italian pavilion, and the Europe pavilion. In the heart of Expo, over 60 chefs came in succession in a non-stop performance lasting 180 days.

In just six months, on the kitchen built by TM Italia with Antolini’s valuable Black Cosmic granite, a number of courses were produced that a family of three would have consumed in over two years.

It was a test of solidity and absolute awareness of one’s technical ability, which the two outstanding brands provided without fear before an international audience of over 21 million visitors. The use of Antolini’s new surface treatment bears witness to the natural affinity between TM’s Italia’s high-level manufacturing and the innovation and great reputation of the Marche-based company in terms of quality and image.

These proposals relate to materials and finishes, such as Antolini’s new Azerocare treatment, as well as compositional and structural solutions, state-of-the-art appliances, and custom-developed home automation solutions. Innovation created in-house or in collaboration with outstanding brands, to always provide added value, for an all-round quality that is constantly updated: this is TM Italia’s philosophy.

Discover the other projects with precious marble Antolini. Click here