Stone is a characterizing element of TM Italia’s kitchens.
The stone kitchens are creations that in their rigor are able to express lightness and strength. In them, the stone demonstrates its ability to compare with any other material, becoming light and giving personality to the entire environment. The stone kitchens express formal essentiality that makes this model an integral part of the architecture rather than the furniture. 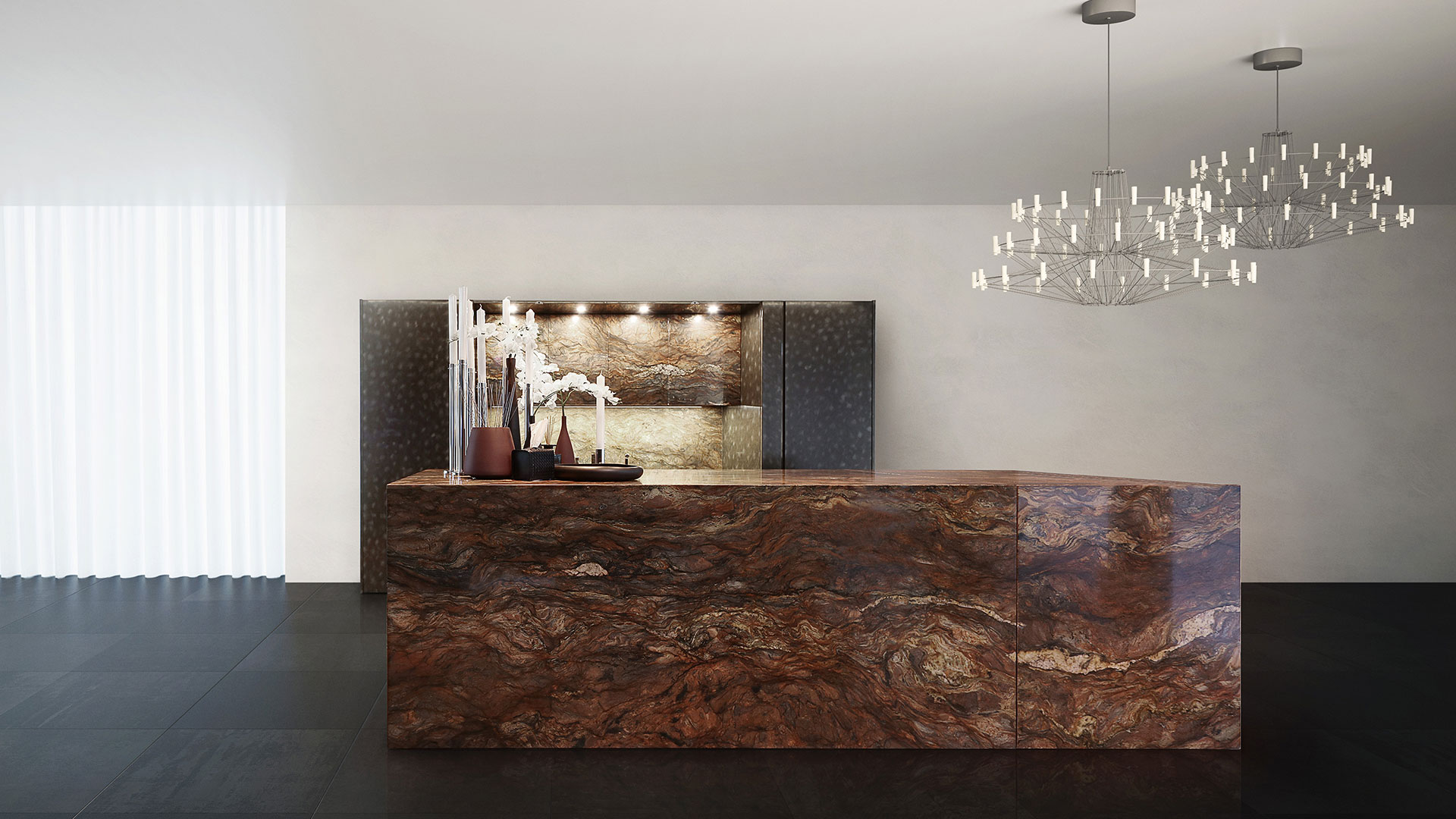 Stone kitchens: the versatility of the material

In stone kitchens the material demonstrates its versatility, becoming the protagonist – as in the case of kitchens with a stone island or supporting element alongside other materials such as elm wood or Corian.
Stone can be used on different surfaces, mainly to customize the island bases and tops but also worktops, wall units or the fronts of the columns. 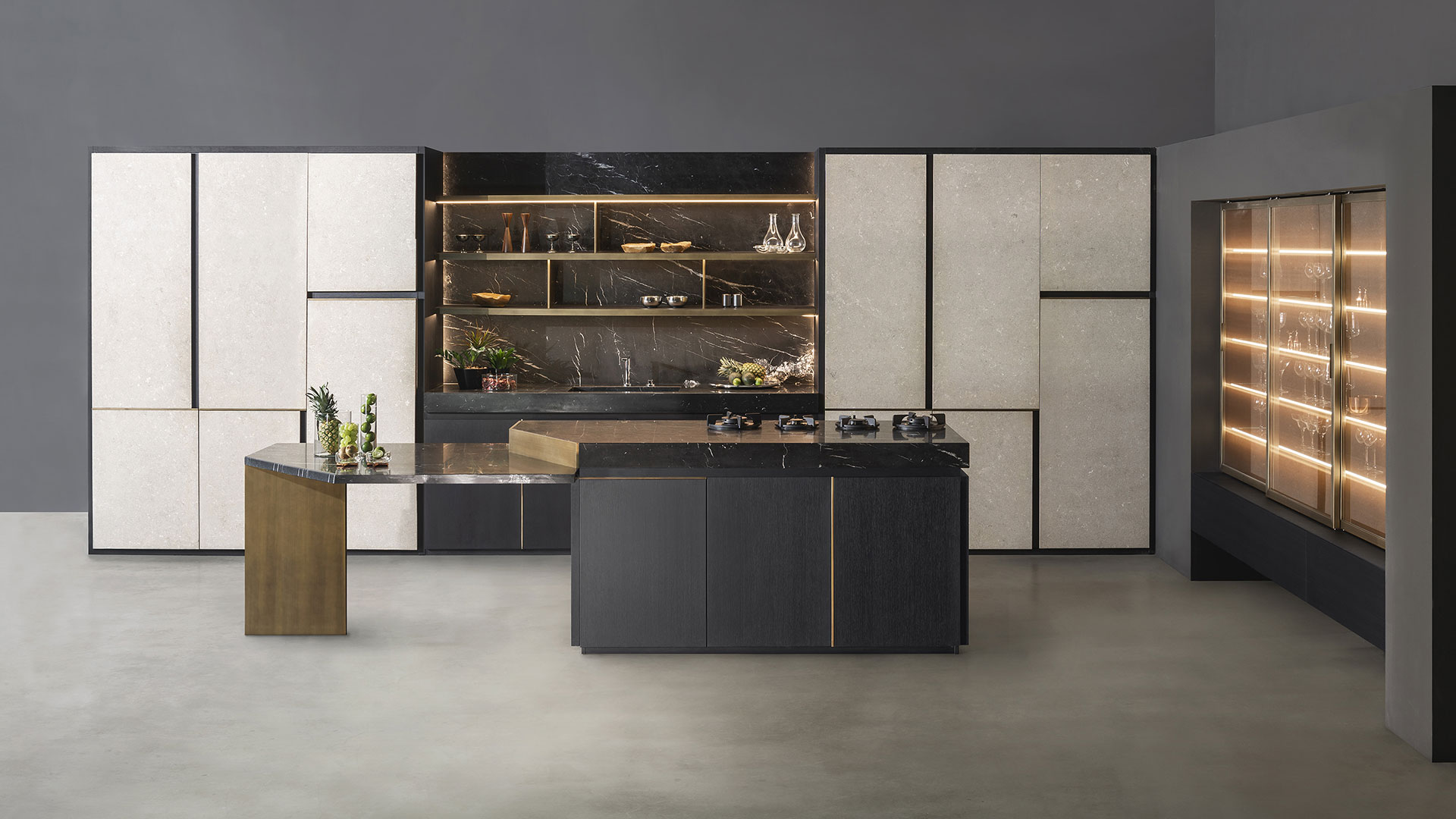 TM Italia’s stone kitchens have a sober and elegant style, for a final result that recalls strength and solidity. They have the advantage, thanks to the excellent thermal and acoustic insulation, such as stone, of having a natural insulation and guaranteeing a constant temperature. The stone kitchens can be customized by choosing from the various TM Italia finishes. 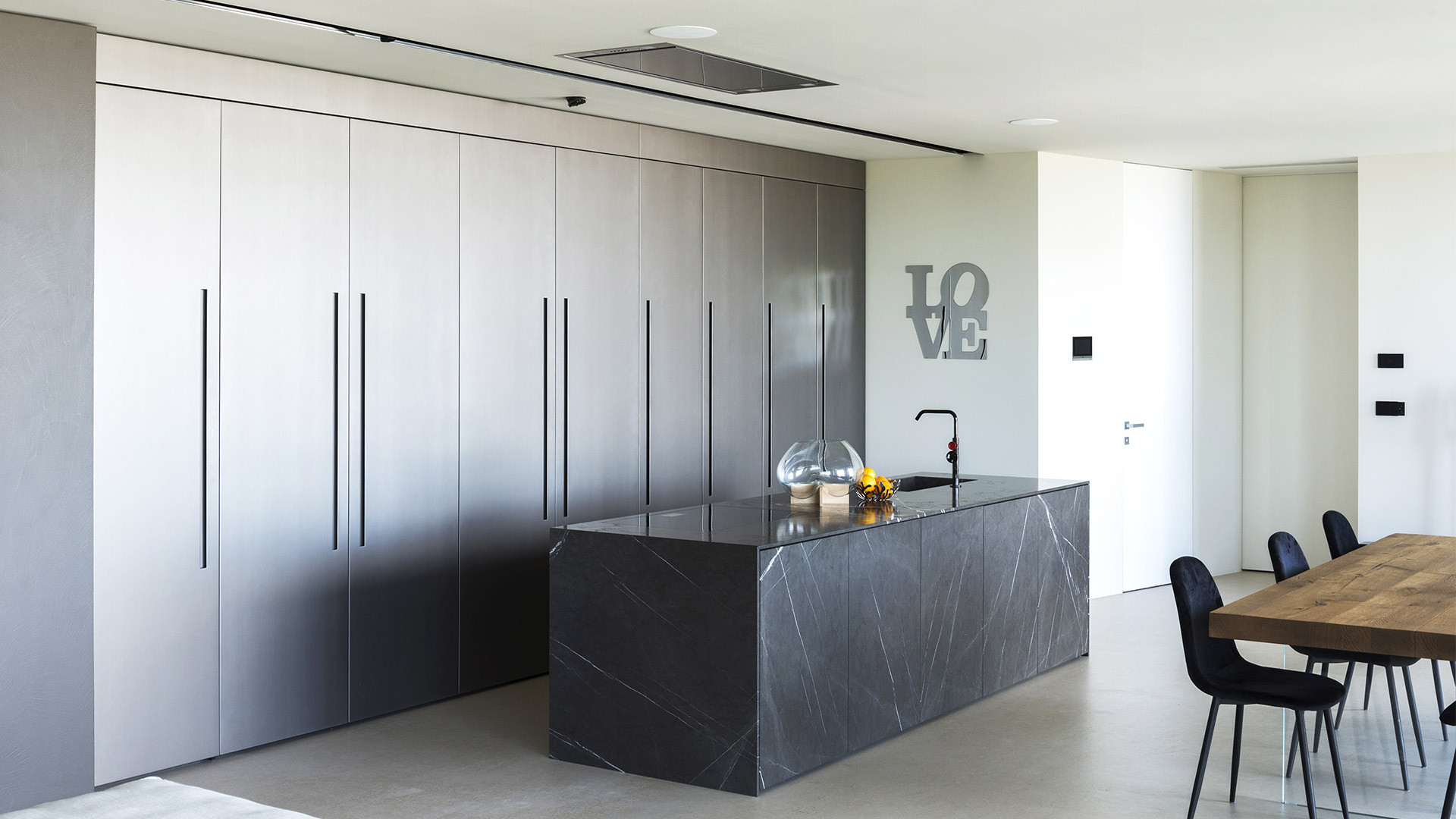 There are several stone solutions presented by TM Italia; formal volumes characterized by a monolith in Pietra di Corinto stone, more elegant solutions such as those in marble or natural stone or more particular solutions rich in tones and shades such as the Fusion Wow stone.
TM Italia tests its stone kitchens by verifying their impermeability to water and humidity, their resistance to acids and especially to stains. In 2017, an unprecedented waterproofing treatment for marble surfaces was patented on a noble kitchen in Bronze Amani stone by TM Italia. 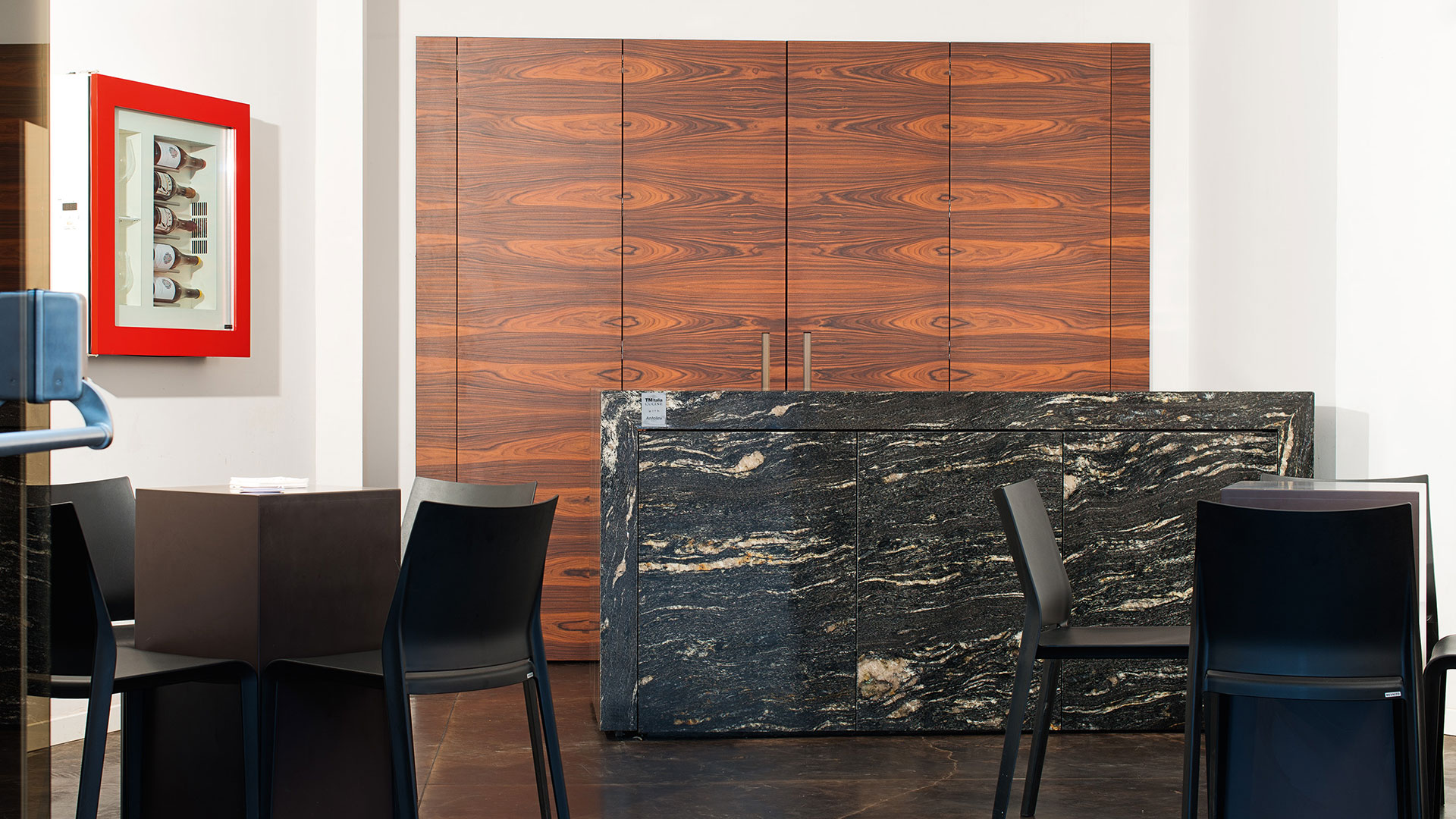