KITCHEN AND LIVING AREA: MADE TO MEASURE SOLUTIONS FOR AN OPEN SPACE

Functional and stylistic solutions are required in the design and furnishing of an open space in order to optimise space and ensure the seamless continuity of materials and dimensions of the various areas, with the freedom of design that only a “Made to Measure” approach can offer. 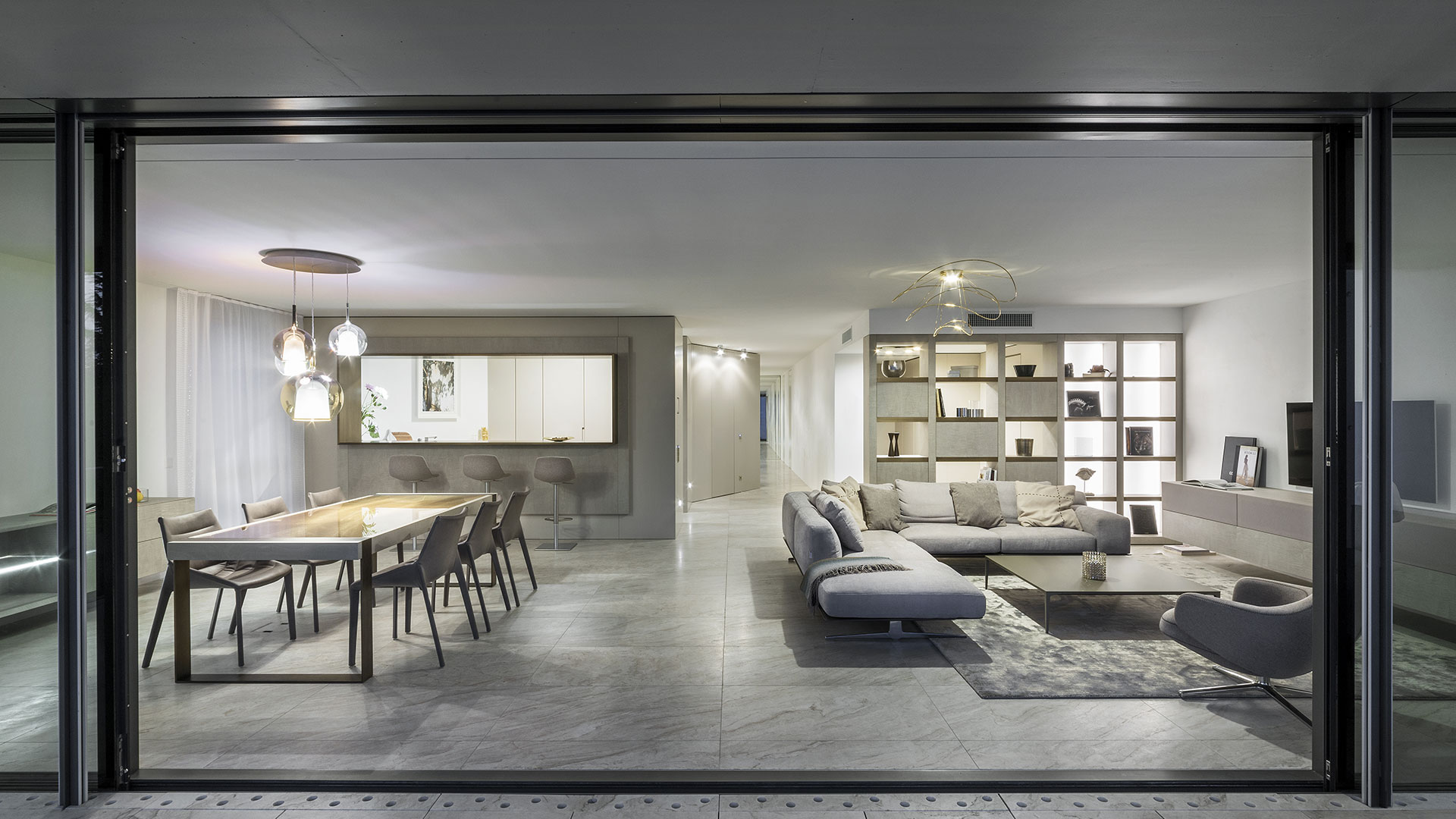 In the living areas designed by TM Italia, the undisputed stars of the show are open concept kitchens that lead into the living area, which feature functional accessories such as wall systems and concealed elements, as well as stylistic devices for the wall furniture in the living area that ensure perfect stylistic continuity with the rest of the decor. “Made to Measure” systems for open spaces developed and designed around the desires of the customer, which provide added value to one of a home’s most used spaces.

In order to furnish the living area in an open space we have turned to modular systems and tailored solutions that solve every need with custom finishes and compositions that exploit every inch of space. Reversible solutions suited to the continuous changes in environments in which facilitating the freedom of movement is becoming increasingly necessary. Whether it’s a small area or an entire room, the creativity is “tailored”, especially when the customer’s requirement is to optimise space without sacrificing any of the comforts. Creative freedom and stylistic continuity are the real value of the Made to Measure approach by TM Italia, which reinvents the living area through continuity solutions and stylistic details that allow the living area to use the same materials found in the kitchen.

A craftsman’s presence of mind and care in using the same finishes and the same colours create a harmony between the living area and the kitchen. Variable geometry wall systems, libraries, living room furniture with fold-away beds, built-in doors in the wood panelling, domestic micro-architecture with a common denominator: versatility. Technology is an excellent ally in the design of the living area: open storage walls with electrical fittings and niches for home entertainment equipment and a bioethanol fireplace, hidden behind vertically concealed motorised doors. Smart and functional solutions such as large cabinets that conceal technical spaces and access doors to other areas of the house integrated directly into the wood panelling, ensuring excellent space management. 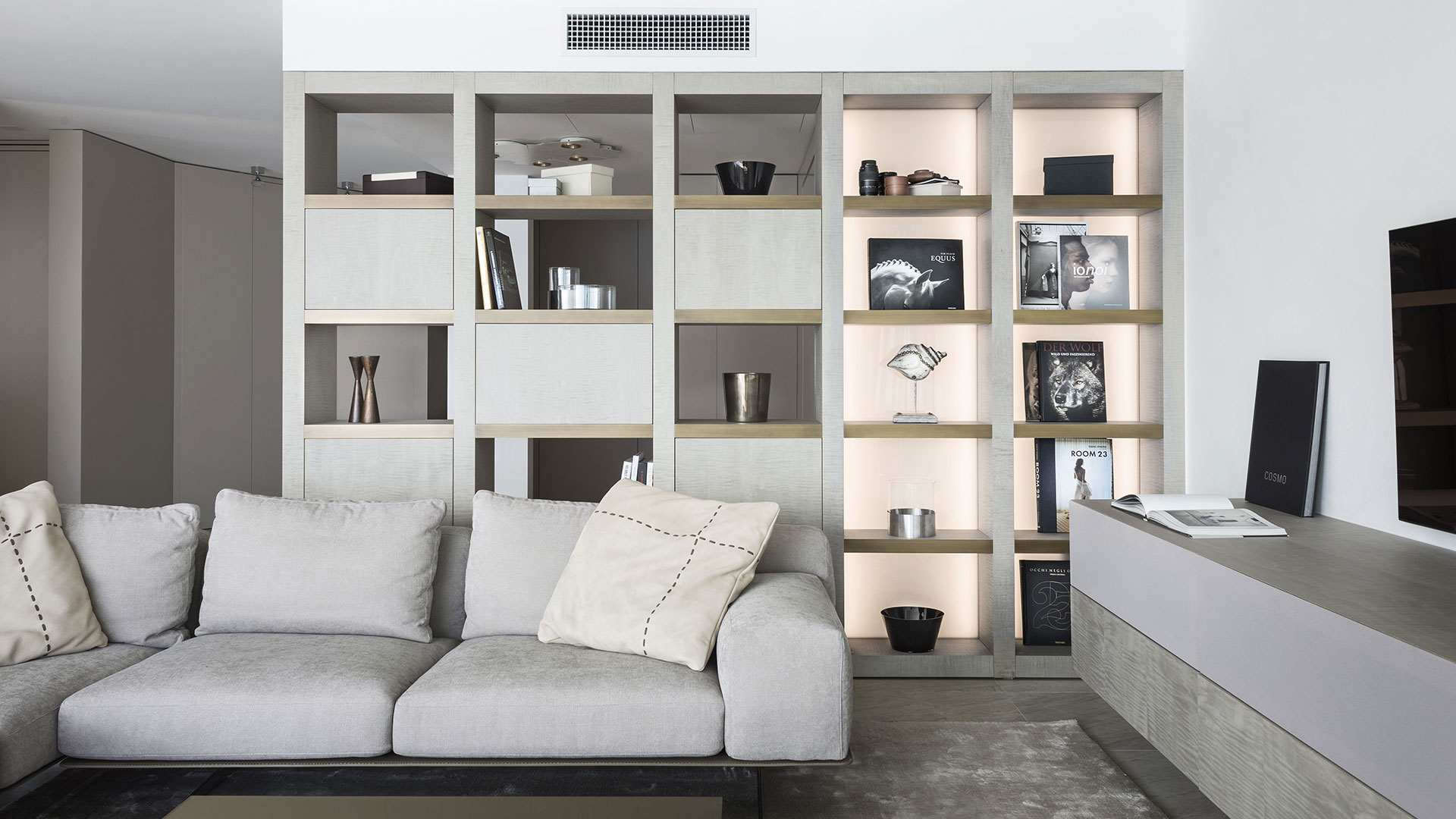 For the kitchen furnishings, Made to Measure solutions such as concealed kitchens by TM Italia were adopted, in which functional equipment is only revealed on request. Convertibility is the key word in these spaces, which feature reversible solutions capable of fully exploiting every corner of the room. In the living space, the kitchen space hybridises with the living area. The result are concealed kitchens dedicated to conviviality, such as those with a central island and U-shaped floor-plan, which integrate a table with a bench and a snack worktop on the three sides of the island. It is a great functional solution for the living area, in which the preparation of food is once again part of conviviality and shared among the diners. Concealed kitchens feature functional equipment such as sliding worktops, concealed tables and appliances hidden behind elegant walls, which are revealed by sliding and retractable doors. 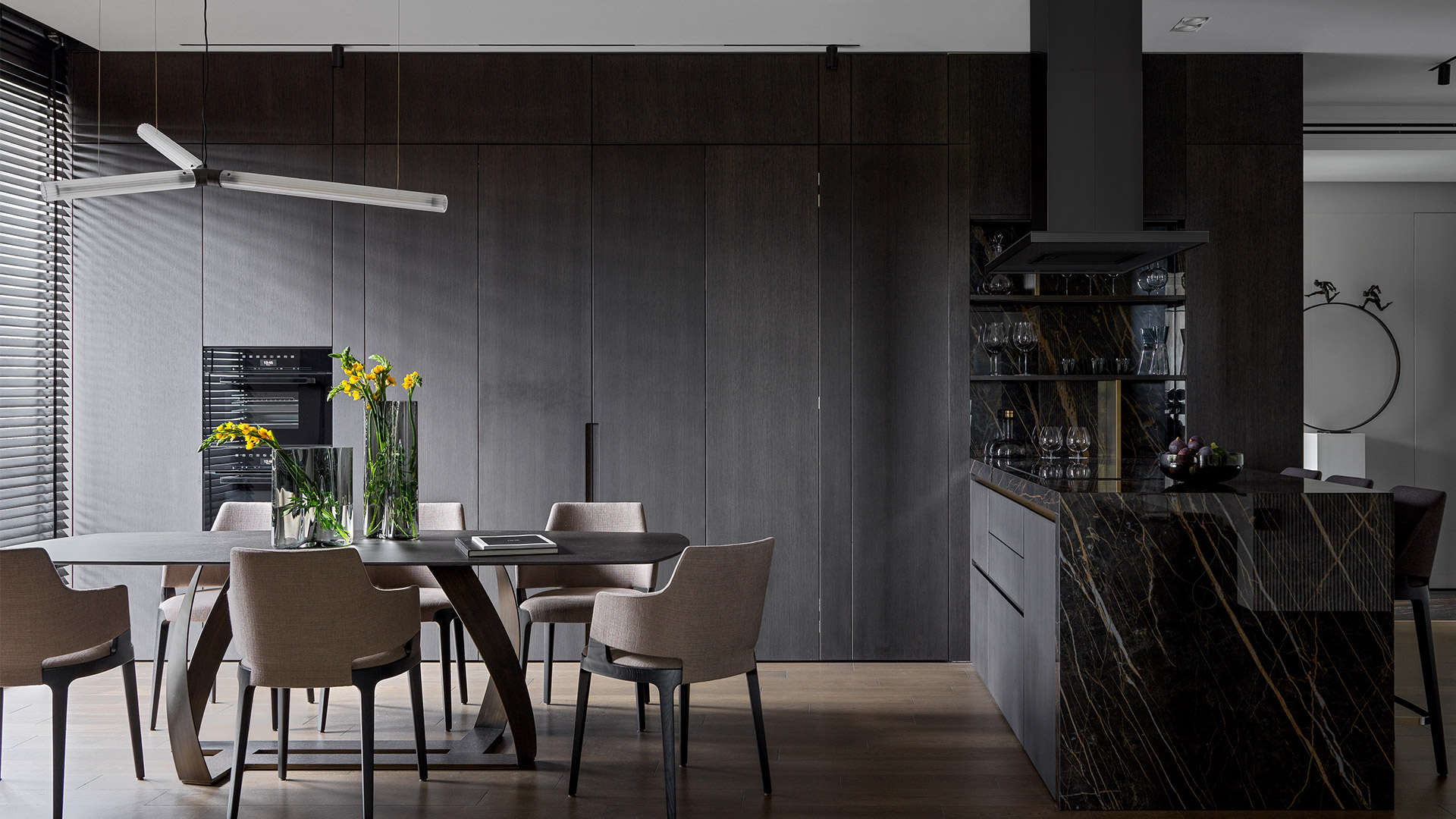