TM Italia supports a new film project! The plot revolves around the importance of cooking as an environment of introspection and as an act that is sometimes cathartic, other times meditative. Let’s talk about the plot of the film “Il quinto sapore” (The Fifth Taste) whose “culinary” scenes were shot entirely within TM Italia’s Skylab. 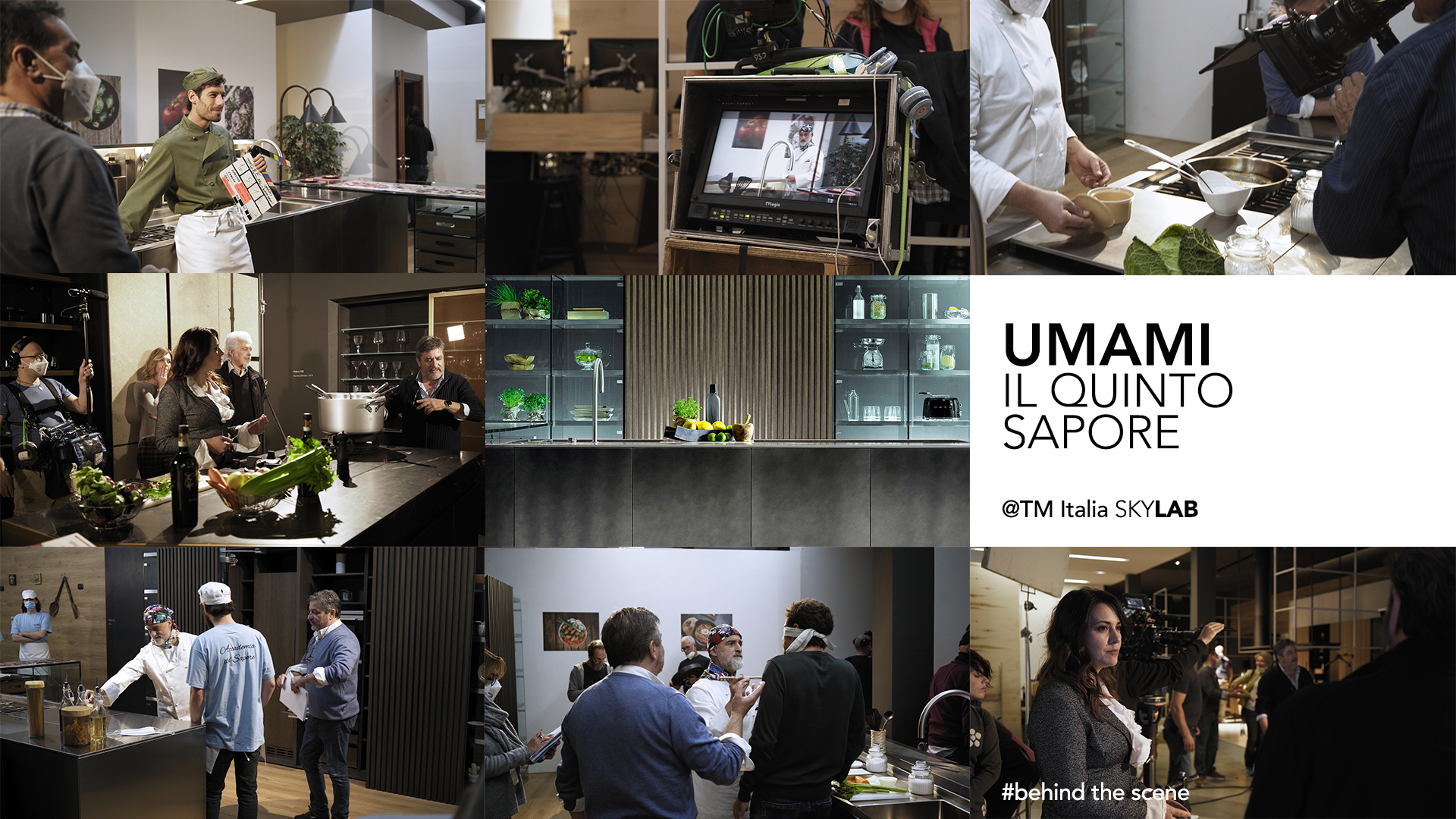 These scenes of the comedy directed by Angelo Frezza are interpreted, among others, by Karin Proia, Angelo Orlando and Enrico Oetiker and tells the story of Anna Cardinali, a chaotic editor, and Alessandro Montagna, a fascinating food critic, expert in the Fifth Taste, the mysterious Umami. The lives of the four main characters will intersect during an Umami dinner and, perhaps, thanks to the Fifth Taste, almost as inexplicable as love, everything will work out for the best.

Produced by G&E Film Production and promoted by the Film Commission of the Marche Region with the aim of spreading the Italian lifestyle, the film represents an excellent opportunity to show, especially at an international level, the best of the landscape, production and culture of the Marche region. And TM Italia’s kitchens have been chosen among the ambassadors of a project that aims to enhance the Italian spirit.