“DESIGN CONVIVIUM”, THE FIRST EVENT IN VIALARGA3 WITH NICOLA GALLIZIA

“Design Convivium” a series of 4 events aimed to share experience and aspirations will be conducted by Giulia Guzzini (Domus). 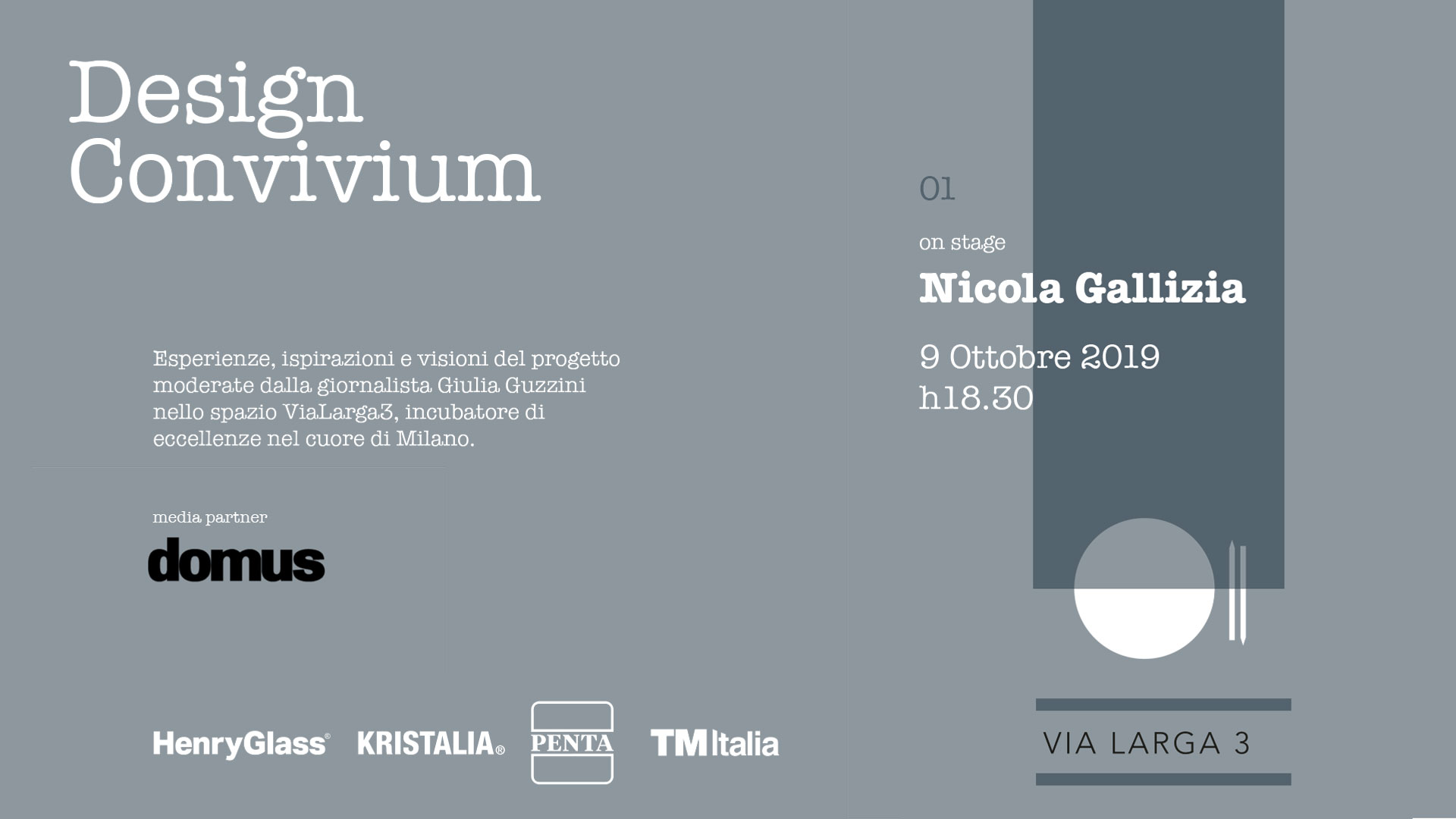 The first meeting on Wednesday 9 October at 6:30 p.m. in ViaLarga3, Milan, will see the designer of the space Nicola Galizia talking about his vision of the project.

ViaLarga3 is an aggregative space of elective affinities: a project of 4 companies united by the same vision of the market supported by the commercial experience of Mauri & Mauri.

A dynamic, flexible, open, cross-media, inter-connected, aggregative space. This is our “hub” model  of the store: an incubator of projectual skills, which goes beyond traditional sales models thanks to the added value of flexibility, selection, qualified consultancy, the direct connection with companies.

In the second meeting, Michael Geldmacher talked about the birth and technical evolution of the Elephant and Sharky projects. Two iconic chairs designed by the Neuland studio for Kristalia take their name from the animal world, due to the similarities of their structure with the bodies of the elephant and shark.

During the third meeting, the Ruadelpapavero studio recounted the design approach and the key steps in the production of new models together with TM Italia, a company with infinite creative possibilities and always an ambassador of design uniqueness and finally the fourth meeting hosted the designer Carlo Colombo in the celebration of the anniversary of what is one of Penta Light’s best-known and best-selling projects – the Glo lamp.